It appears that the old Nashville thermal plant site is no longer going to be a potential site for a downtown Nashville baseball stadium. The site is going to be sold to the highest bidder and that certainly is not going to be the Nashville Sounds or their development partner. It appears more likely to be sold to a group backed by Tower Investments headquartered in Northern California. I would imagine that Tower would plan to use the acreage to build a mixed use residential, retail, and commercial center as that is their standard formula. Don’t get me wrong, Tower will build an exceptional riverfront development, but no baseball stadium and that is disappointing. 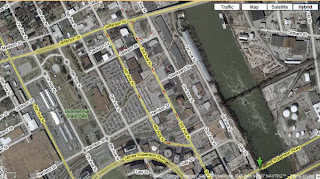 The Market District is currently undergoing a transformation from a light industrial and warehousing district into a mix-use residential, retail, and commercial district. It is defined by the area between Eighth Avenue North and the Cumberland River and between Jefferson Street down to James Robertson Parkway. Located within this area is the Nashville Farmer’s Market, the Bicentennial Capitol Mall, the famous Stockyard Restaurant, and the future home of the Museum of African American Music Art & Culture. Residential developments include the Riverfront Condos, District Lofts, and Harrison Square.
What could the Market District look like with a baseball stadium? If I had my way, it would look a little like Wrigleyville in Chicago (on a smaller scale, of course). Can’t you image sitting in the upper decks watching the Sounds play with the Nashville skyline just above the outfield wall? 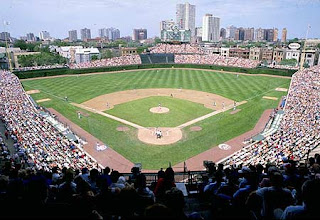 The baseball stadium should be built with home plate at the corner of Second Avenue and Jackson Street or at the corner of Fourth Avenue and Jackson Street in order to maximize the view for the fans. Third Avenue should cease to go through the site and all traffic should be routed counter-clockwise around the stadium in a one-way roundabout format. Jackson, Stockyard, and Harrison Streets will all need to be widened in order to accommodate the heavier traffic flow. Parking can be handled by the existing parking at Bicentennial Mall and the government surface lot.

It is our firm belief that construction of an urban baseball stadium will allow the Market District, Germantown, and Salemtown to full revitalize within 5 years of completion. The Nashville real estate market will boom in this area and commercial construction will soon follow making this a true Wrigley-like area. If the city gets smart, they will contact the Civic Design Center, the Downtown Partnership, and Metro Planning Department to initiate a master plan for the Market District to insure the creation of green space and urban landscape.

If you enjoyed this post, you might also enjoy:
Nashville Baseball Stadium Proposal
The New Nashville Convention Center
You Can’t Blame Bush for the Economy!