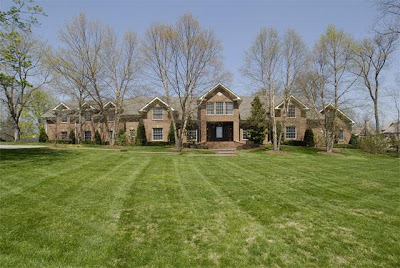 The home is a renovated 14,263 square foot masterpiece in the heart of one of Nashville’s most affluent urban neighborhoods. According to the tax records, the McNair’s purchased this home on May 14, 2004 for $1,599,000. Both Steve and his wife are listed on the deed.

Click on the image above and you will see that the Realtor who represents Steve McNair’s home is offering an autographed football to every buying Realtor who shows the home to a client. It is not clear why McNair was in the rental property in downtown Nashville. It is known that Steve McNair was not the owner of the condo where he was found dead on July 4th, 2009.

This is horrible news to hear on this holiday weekend. McNair was a legendary Titans football quarterback and incredibly dedicated to helping the Nashville community. Rest in peace “Air McNair”.